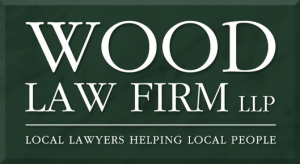 Channy F. Wood is a sixth-generation Texan. He was born and raised on his family’s panhandle farm. He spent years working in West Texas oilfields as a machinist, derrick hand, roustabout, and welder before he completed his undergraduate education and law school at Texas Tech.

Mr. Wood firmly believes in the American dream. He represents families and individuals who work hard and play fair against large corporate interests. Mr. Wood does not represent large corporations, insurance companies, or government entities. Instead, he defends ordinary people who have been harmed through the neglect, malice, or greed of powerful organizations that thought they could get away with anything.

Mr. Wood believes that holding powerful entities accountable for their wrongdoing is the best way our society can help people who have been harmed by their misconduct. For that reason, Mr. Wood relentlessly pursues punitive damages to try to prevent corporations from putting profits above the safety, health, and welfare of the general public.

Mr. Wood is devoted to pursuing justice for ordinary people. He believes that, in a jury trial, any person can stand on equal footing against the most powerful corporations. The right to a jury trial, in Mr. Wood’s opinion, is the foundation of democracy and free society. He is committed to preserving this right for generations to come.